Traditionally education has played two roles – a conservative one and a revolutionary one. The normal approach is a conservative one. The child is taught to conform and to perform. No society will design an education system to disrupt itself. It has to reproduce itself. When the existing society gets decadent and requires change, revolutionary elements begin to appear in the field of education. These are not introduced by the government. Those who lead revolutionary changes in the society begin to use education as a “subversive agent.” This has happened during the era of freedom struggle. Paulo Freire, Brazilian adult educator and one of the most influential thinkers on education in the late 20th century, calls this, ‘education for liberation’. Here, we are talking about education as a tool for liberation of the society from inequality and leading it towards equity. That is a revolutionary role and not a conservative role. To declare ‘equity’ as desirable is a revolutionary step, unless we define it in a very narrow sense of providing ‘equal opportunities’. ‘Equal opportunities’ is a deceptive concept for two reasons. One, opportunities can seldom be equal in an iniquitous society. Two, equality in opportunity does not ensure equality in attainment. Only one can become the ‘First’ in a competition. There cannot be real equity in a competitive society. In the time of neo-liberalism, the players are global, the market is global. The forces are much larger. However the essence is the same. The welfare measures still retained are more in the form of charity. 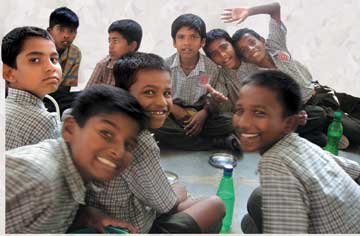 Equity is not charity
When we speak of ‘education for equity’ we should have a shared understanding of the term “equity.” I do not define it in terms of ‘equal opportunity’ because I am convinced that in an inequitable society, there can never be equal opportunities. There are five star or even seven star institutions for education, health care, eating, entertainment which are inaccessable to a lot of people. The majority have schools without buildings, benches and teachers, they have hospitals without doctors and medicines, they have ration shops which sell grains unfit even for animals to eat. What equal opportunity can we provide for children with illiterate, hungry, slum dwelling parents, equal to the children of professors, professionals, officers, businessmen, etc? None. ‘Equal opportunity’ in an unequal society is a hoax.

We have to speak of education, not for equity, but for transforming the inequitable world into one where equity is possible.

Is equity impossible?
Some may argue that equality is foreign to nature; no two things are identical. We are speaking about equity and not equality and definitely not of identity. Vulgar arguments like how socialism is impractical, just like the five fingers in a hand are unequal, have been raised in the case of equity too. When one tries to define an equitable world, people shout: “Oh, that is sheer Utopia”, meaning thereby that it is absolutely impractical. This is not so. Let me try to share with you my idea about an equitable society.

Education for equity thus primarily lies, according to me, in the so-called domain of attitudes and values. A change in that will make sharing of knowledge and skills more universal.

Extracted from an address delivered at the National Learning Conference organised by the Azim Premji Foundation in collaboration with the Ministry of Human Resource Development in Bangalore on May 24-26 2007.

The writer is with the Kerala Sastra Sahitya Parishad, Thiruvananthapuram. He can be reached at mpparam@sancharnet.in