Can community schools be sustainable? Before we discuss that, let’s examine what is meant by a community school. Community schools are budget private schools or affordable private schools as they are called in India, but one condition being that they are opened and run by the community and for the community. Such schools are mostly opened in rural areas where a sense of community still exists in its healthy form. It starts with a community being dissatisfied with the existing schools. In most cases these are government schools, often with multi-grade classrooms, without an emphasis on English language, with pronounced lack of motivation and absenteeism in teachers. Importantly, one ineffective outcome is that these schools produce unemployed youth in the community. In the light of such conditions, some communities take it upon themselves to open a school as an alternative to the existing schools. 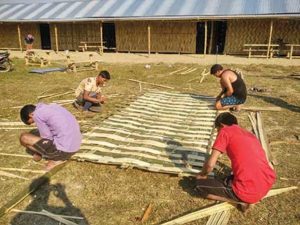 Let’s take the example of one such community. Majuli is a river island in the river Brahmaputra, Assam, which remains underwater for three to four months in a year. On this island lives a tribal community known as the ‘Mising’ tribe, which does not have a script for its language. Almost all of them are subsistence farmers. In a village called Kulamua, the community had come to the conclusion that they urgently needed a school for their children and so they formed a development committee to build a school. The community members donated land, wood, bamboo and other things needed for the construction and built a school with basic but adequate facilities. The committee then even went door to door in the neighbouring villages to enroll children. They fixed a monthly fee and rules. They hired teachers from the community who seemed motivated and promising, and then started the school with hopes and dreams that their children would enter the world of success. The school started with 110 children and currently, in its third year, has 240 children.

Would you call such schools, private schools? Some of you might as they take monthly fees, but I wouldn’t. First, there is no profit motive and the schools are mostly run at a loss. Second, it has been stated as an imperative by the government in schemes like the District Primary Education Programme (DPEP) and Sarva Shiksha Abhiyan (SSA) that government schools must focus on community engagement and monitoring. But both the schemes have failed terribly at it. And here you have schools run completely by the community which have a level of ownership that is not seen in other schools. But these are termed as private schools. Should they be given this tag? I don’t think so.

Now let’s look at their sustainability. It is but natural that the community views multi-grade teaching as one of the evils of government schools, which is why they want single teacher classes. Assuming that a school is from LKG till class 3 for the present, as anything above that may cause further functional complications, there will be six teachers, a principal and a caretaker. Let us assume a healthy enrollment of 20 students per class. That totals up to 100 students who will be giving Rs 250 a month which gives us Rs 25,000 a month for the school. Considering a meagre salary of Rs 3000 a month for a teacher, Rs 4000 for a principal, Rs 2500 for a caretaker, it comes to Rs 24,500 per month. This leaves an amount of Rs 500 in the hands of the principal for electricity, stationery, tea, repair and other things. Additionally, most parents will not be able to pay their tuition fee on time. This will in turn create problems for the timely payment of salaries for the teachers and other staff who are already working at a very low pay. So how will the school run? The community cannot pay more than Rs 250 per month. Teachers’ salary is at its lowest, how much lower can one go? To make it harder, once the school moves up to class 4 or above, it needs to hire teachers who are more educated but who may not come to school at the salary that is being offered. So what can the community do?

You may say that the problem can be solved by putting 60 students in a class. But there are not that many students in the nearby areas who can afford even this fee. So, what next? Suppose the school decides to not go beyond class 3. For how long can this status continue? Soon, parents will stop sending their children to such a school seeing that there is no benefit for them. The school will then, unfortunately shut down. 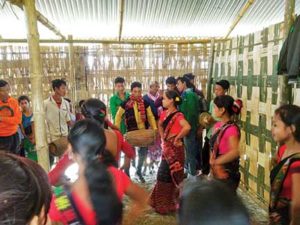 This indicates that community schools cannot be sustainable. What else can be done to prevent a closure? Either NGOs or some foundations can be roped in to provide funding. But remote communities, such as the one I am talking about, may not be able to find an NGO to provide the funding. And even if they did, the NGOs would, either intentionally or otherwise, claim ownership of the school away from the community. The community schools will then be deprived of their greatest treasure.

The author is co-founder of ‘Ayang’ a not-for-profit organization based in Majuli, Assam, working for the transformation of a marginalized, tribal, flood affected community through education. At the heart of the organization is the Hummingbird School setup completely with the help of the local community. The author is also the principal of the school. He can be reached at [email protected].

Public education and its social accounting
Budgeting a small school