The editor had asked me to write about the first class I taught. I prefer to write about my most difficult class. I had just returned to teaching after four decades of service as an English teacher. I had never overrated my abilities but I always had a smug feeling that my students, at least, tolerated me as a teacher. I was in for a rude shock when I was invited to teach English to a batch of Korean students. They shattered my self-confidence with effortless ease. The class was quite different from the conventional Indian class where the students reverentially stand up on the arrival of the teacher. The Korean students came in casual attire and on my arrival stared at me as they would at hired labourers who had come to do some domestic service. I realized soon that I was not a ‘guru’ facing ‘shishyas’ but a paid worker! 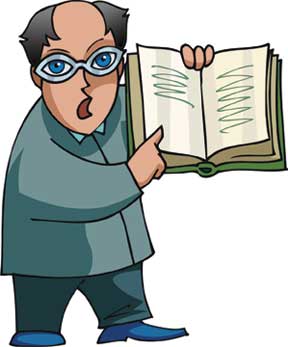 I felt that they were all staring at me sceptically and cynically. When I started my lesson after recovering my composure, I was stopped after my first sentence! One student through a gesture directed me to write on the blackboard what I said. I implicitly obeyed the instruction! Immediately every one in the class promptly opened their laptops to consult an English – Korean dictionary. Very soon, I realized my predicament. I did not know a word of Korean. They were quite innocent of English. When I attempted to explain what I meant through ‘sign-language’, they started speaking loudly to each other. I could not follow what they were saying but had an uncomfortable feeling that they were commenting on my performance (certainly not with complimentary remarks). The traditional teaching strategies with which I was comfortable in an Indian classroom failed miserably in that context. All my efforts to communicate failed and within a week I made the judicious decision to escape from the ordeal.

This episode has a moral. You can’t take any class for granted. Each new class that you face is different and each student has distinctive characteristics. A strategy that works in one class may be a completge flop in another. A method that appeals to one student may be disliked by another. Every student has his or her own learning strategy. Even an experienced teacher who has taught the same subject for several years should prepare every time he goes to a new class. He should be prepared to face unexpected queries and challenges. I had a teacher who taught the same Shakespeare plays for 20 years. But every year he would read the plays again before going to the class and every year he would prepare a fresh lesson plan. I learnt from my Korean adventure that a teacher should never be overconfident and should be ready to face an unexpected breakdown. It is said that if you want to teach John, Latin, you should know Latin first and then John. Finally you should know how to teach John, Latin. Teachers, particularly those teaching a large group, should not lose sight of the fact that learning is an individual experience. An enterprising teacher should be ready to innovate and change his strategy in tune with the atmosphere of the class.

The writer is a retired Professor of English from Madras Christian College, Chennai.