“Our teacher has resigned. Imagine, he will no longer be coming to school, his resignation has been accepted.” A few frantic phone calls to friends: “How could he…”, and to the teacher, “You can’t do this to us!” My dramatic daughter played the role of tragedy queen Meena Kumari to the hilt. 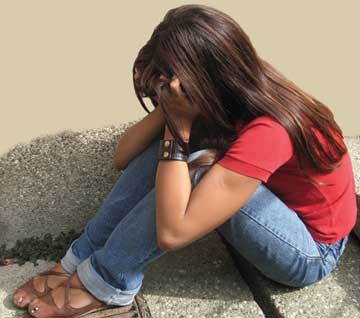 Teachers do leave school, with reason. Maybe a transfer in the family, a better opportunity, sickness, ideological differences with the management… there could be umpteen reasons. In this case, there didn’t seem any reason. Maybe reasons like ‘personal issues.’, ‘taking a break’, ‘need some time’, are not considered strong enough reasons to leave school in the middle of the academic year. Maybe the suddenness was unacceptable. The vacancy was immediately filled, and children were none the worse for it, as far as classes were concerned.

Yet, my daughter was unhappy. I try to make her see reason, convince her, cite instances of other teachers who have left school at different times. She is not convinced. I watch her mope around the house, coming to terms with what she describes as a big jolt in her life. Maybe for her it is. As she puts it, ‘ever since I understood the subject, it was this teacher who I linked the subject with. And I got interested in the subject because of this teacher.” It must have been a jolt, considering the fact that the teacher had been teaching the subject for more than two years without a break!

There are less than six months left in the academic year. Children will have to get used to the style of teaching of the new teacher, build rapport with her. Avoid comparisons and learn to accept such events as part of the system. In a school that allows a great deal of freedom of expression, at least my daughter could discuss the reasons that led to the resignation with her teacher and other teachers at school. She tries to convince herself that the reasons were reasonable enough, but still….

The author is a parent and teacher. She can be reached at [email protected].